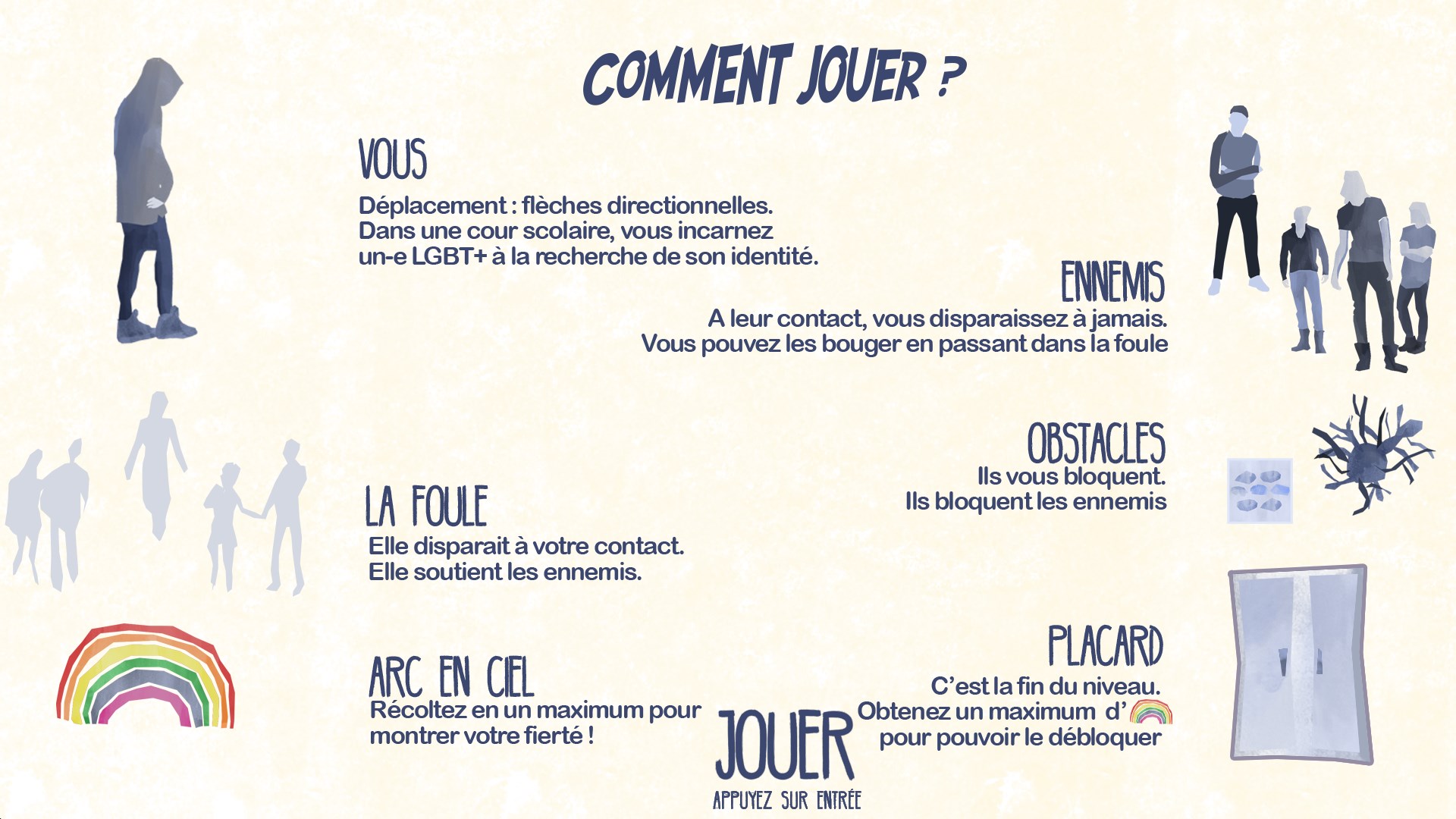 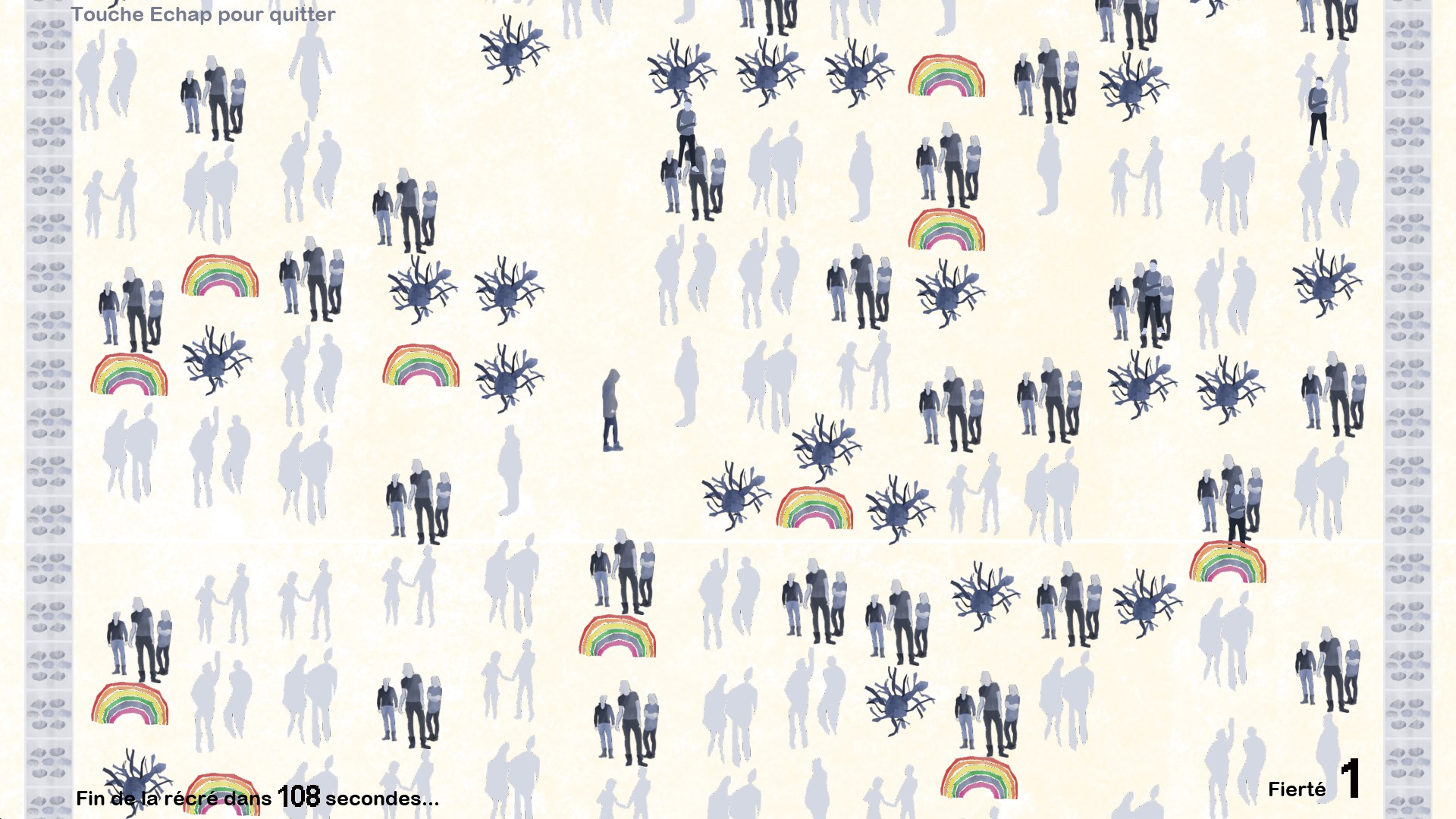 Boulder Bully : a hijacking realized within the framework of a course of the Bachelor Degree, on Clickteam Fusion, on the game Boulder Dash, created in 1984 on Atari 800.

The object of the game is to run away from ennemies (rocks in the original game) that are sustained by the crowd (sand). The end of the level (cupboard) must be reached by having recovered the maximum ofrainbows in due course

Intention: I wanted to recreate the mechanics of the Boulder Dash by modifying the main elements to make an adaptation with a message. Here, the player flees from enemies who want to harm him. The sand representing the crowd disappearing under his contact shows the inability to help him, supporting the strongest rather than the weakest. The end of the level, the cupboard, is a symbol of the coming out lgbt+. The rainbows are difficult to gather all together, it is almost impossible, showing that the task is long and complicated before accepting each other.

(spoil)You can retrieve all the rainbows, leave the game or go directly to the closet, the end remains unchanged: it is voluntary, to accompany the player and not penalize him if he does less well or better: depending on the player's profile, everyone can find a challenge without being frustrated. It was important to say my intention and my commitment on the final screen, as my approach could help other people. (spoil)

Clickteam's simple approach was perfect for easily integrating animations and assets repeatedly. The layers allowed me to differentiate the elements easily. For a short and brief project like this one, the software integrates well into a pipeline of rapid creation and prototyping. I was able to make playtest my prototype with my girlfriend, so she was able to give me feedback about the difficulty (I have then reduce the main character and slowing down the enemies), as well as mixing the music with the schoolyard atmosphere to make it less painful to the ear. In the end, I enjoyed doing this diversion, Fusion is a solid software for this kind of exercise, even if I prefer Construct 2 out of habit, it's still a software to consider.